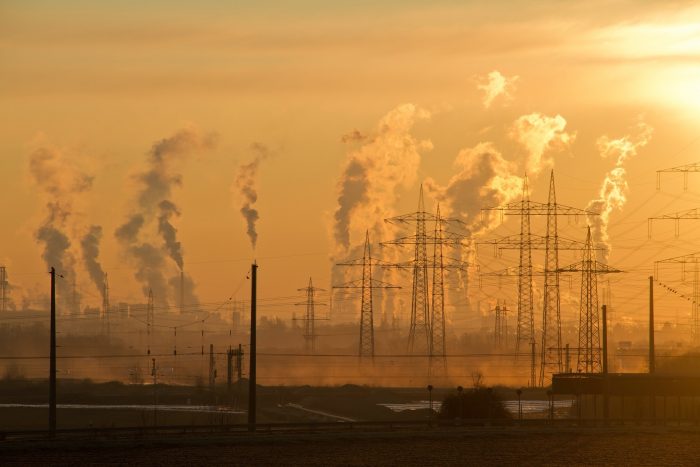 Q: The Intergovernmental Panel on Climate Change (IPCC) recently issued a landmark report on the accelerating harmful effects of greenhouse gas emissions and the urgent need to decarbonize to save the planet. How are these ideas playing out among the large energy buyers you are talking to?

I do believe this report, described as “a code red for humanity,” is going to open a lot of eyes and act as a catalyst for change.

But I’d also like to give a more nuanced response. Large commercial and industrial buyers live in the present. They do care about the future, but they live in a world where they must meet daily demands in order to operate profitably. Energy and energy prices, especially when they are running up as they are now, have their full attention in a way that climate change, no matter how perilous, does not.

Yes, climate change, ESG reporting, sustainability efforts, and increasing pressure from Boards, investors, supply chain partners and consumers is helping move large energy buyers from inaction to action on the climate front. Awareness has grown, and our C&I and institutional customers are asking more questions about how to get greener and reduce carbon emissions. This is an excellent development.

Their most common questions though have to do with what can I do now to manage my energy costs so that I can produce my products and operate within my budget. That brings us into the realm of risk mitigation and daily market intelligence, areas where we thrive.

Interestingly, though, the boundaries between traditional energy and renewable energy are collapsing. For example, a key pillar of decarbonization is adopting, and therefore procuring, renewables as part of the day-to-day energy mix, and that’s where I see the world of major climate change reports impacting the quotidian world of energy pricing, risk management, and procurement.

Q: You are describing a convergence of the traditional energy world with that of renewables. What role is this year’s spike in natural gas prices playing in this convergence.

It’s ironic, isn’t it, that as natural gas has been promoted as the “bridge fuel” to a low-carbon future, its price has doubled and continues to go up. I think this is worth exploring.

This is where the economics of energy get really interesting. As I’ve already described, large C&I energy buyers are very focused on the near term. That near term right now is one dominated by the reality of the highest natural gas prices – and with them electricity prices – we’ve seen in years.

We saw this pricing environment coming and successfully moved hundreds of our customers into long-term energy contracts that took advantage of last-year’s record lows. But I’d hate to be a large industrial or commercial property floating with the market on an indexed product right now.

The reality of going to market now, and our Director of Market Intelligence, Luke Nemes, spoke to this so eloquently in a recent piece, is that no one is going to “save” money. The commodity cost is high and, in my opinion and that of many other market watchers, shows no signs of coming down any time soon. So the nature of the game shifts more to risk mitigation and to HOW you procure energy.

Now more than ever, large buyers of energy need the advantage of auction-based procurement, a process that heightens competition and drives down prices. To be clear, those prices aren’t going to get driven down below what the buyer was likely paying in its last contract, but they will get a better price than if they rely on sole sourcing or the legacy processes used by other brokers and ESCOs.

Another dimension here, though, one I find really exciting, is that rising natural gas prices may actually quicken the adoption of renewables. As traditional energy prices rise, and renewable energy continues to get produced more cheaply, economics take over. Laws of supply and demand, as well as ongoing technological innovation, will bring the energy market back to equilibrium.

For example, high natural gas and electricity prices may have the effect of bringing large-scale renewable projects that were once “out of the money” (i.e., too expensive) back into the fold. This could spur more companies to invest in clean energy through long-term power purchase agreements (PPAs), or simply buy more clean power through our auction-based procurements.

Those are a couple of ways this new pricing environment may actually spur more green investment and adoption.

Speaking of green investment and adoption, August marked the one-year anniversary of the first set of auctions for Sustainable Westchester, the first Community Choice Aggregation to ever purchase energy through an online auction. This ultimately led to their purchase of more than 1 Billion kWh of clean electricity – in the form of New York State Renewable Energy Certificates (NYS RECs) – through the auctions. What has the impact of that historic buy been?

I’m glad you brought this up, because Sustainable Westchester’s purchase of 1 billion kWh worth of NYS RECs was truly transformative. First, it showed all buyers that clean energy could be efficiently, and cost effectively, purchased via auction at business scale.

Second, it has created a groundswell of interest from other CCAs and local municipalities in working with us to green their cities and towns, and we should have some news to share on that front soon.

Perhaps most importantly, it caught the attention of the largest energy buyers in the U.S., major commercial and industrials, PE firms, and other holders of extensive portfolios, that there was a safe, efficient, and effective way to buy massive quantities of clean power as part of a normal procurement. That has proven to be a game changer, both for us and for our biggest customers.

Soon, buying 1 billion kWh of clean power could easily move from being historic to becoming the new normal.

To see how Transparent Energy can put the power of online auctions to work for your business in a rising energy-price environment and make you greener, contact Jonathan Le, Transparent Energy, at jle@transparentedge.com.

To sign up for our Energy Market Monthly report, please register here.