Green Strategy: What You Need To Know About Buying RECs 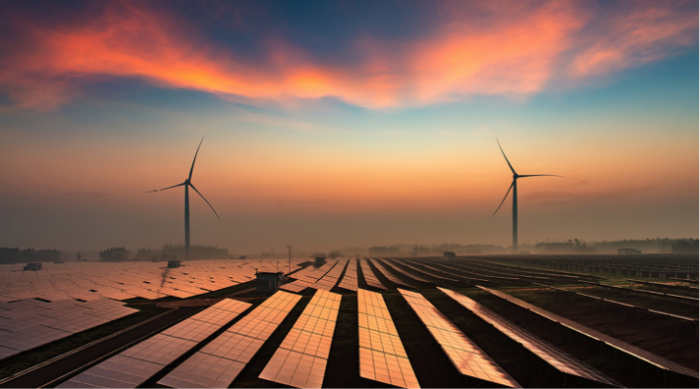 As an energy “lifer,” and someone who has worked with renewable energy for a significant part of my 30+-year energy career, I’m excited to a) be working with Transparent Energy, a company that makes transacting renewable and traditional energy simple, efficient, and cost effective, and b) be doing so at the beginning of a New Green Age opened up by the newly elected Biden Administration.

With all roads now leading to renewable energy adoption at scale, I want to share with you what I know about renewable energy in general and, in particular, what you need to know to bring it into your business.

Today, I want to focus on renewable energy credits, better known as RECs, a foundational piece in greening your energy portfolio, i.e., making your businesses greener.

A few things up front. RECs have been around for years, but many outside of the renewables industry, particularly commercial and industrial energy buyers, view them with some suspicion. I want to nip that in the bud. RECs are a legitimate and necessary component of purchasing renewable energy, and the more you get to understand them, in all their variations, the better you will be able to put them to work toward achieving your sustainability goals.

Also, if you want to make claims in your marketing or investor reporting that you purchased renewable energy, you have to own the REC and properly “retire” it. Case in point: even if you have solar panels on your own roof, if you’ve sold the REC to someone else, you can’t make a claim to have used solar energy. RECs are that legal certificate you need to have to support your claims, which is why they are so important.

So what exactly is a REC? A REC is a renewable energy certificate representing the “greenness” of electricity generated from renewable sources.

I know that sounds a little esoteric, so let’s dig a little deeper. The reason RECs exist at all is because there is no such thing as “green” power once it flows into the grid. Electrons are colorless. There are no “green” or “brown” electrons – just electrons. So, in order to account for that, when a solar array or windfarm produces energy for the grid, two commodities are created: the energy itself and the REC that certifies that energy’s green origin.

And both have value. The energy sent into the grid is priced at the current market rate, just like electricity generated from any source. In addition, for renewable energy generators, for every 1,000 kWh (or 1 MWH), 1 REC is produced, which can be sold separately to buyers who want the original energy’s green attribute.

Now, I could have added that the REC, just like the energy itself, sells at market value. It does, but the market value of a REC depends on many things which ultimately affect its price.

A REC Is Not A REC

Following are the basic attributes of RECs that affect their value:

Don’t worry, you won’t be quizzed on all the attributes of a REC – please just know they exist. Know, too, that the price of a particular variety of REC is also subject to the economics of supply and demand: the relatively less supply or greater demand, the higher the price. Combined, all of these factors help explain why a certified New Jersey Solar REC might cost $225, a certified Texas Wind REC $2, and a non-certified National “Any Source” REC $0.10.

Which leads me to one of the most important things you should know about buying RECs: Understand why you are buying them. Want to support local renewable projects and job development or impact the environment in your area? Pay more for an in-state REC. Want to green your energy purchase at the lowest cost? Consider buying low-cost National RECs. Looking to highlight your greening efforts in your corporate sustainability report? Shop the market for RECs tied to the kind of renewable projects you want to align your brand with and trumpet to your investors, employees, and other stakeholders.

I’ll leave you with some parting advice.

Another myth commonly held by commercial, industrial, and institutional buyers is that greening their energy portfolio is going to be expensive. It does not have to be. At Transparent Energy, we have helped many businesses purchase enough RECs to green their entire energy purchase for fractions of a penny per kWh. Put more simply, if you are using 10 million kWh per year or more, you can likely green your energy use for less than $20,000/year, which you may want to look at as a marketing expense, rather than part of your utilities budget.

Even better. When you buy your RECs through a competitive online auction process like the one we use at Transparent Energy, the 7-8% savings we drive over paper-based procurement processes often covers the entire cost of purchasing RECs. It pays for itself.

For more information on purchasing RECs to green your energy portfolio and reduce your carbon footprint, contact Jonathan Le, Transparent Energy, at jle@transparentedge.com.

David Braun is an expert in “all things renewable energy” and, as Vice President of Renewables Origination & Partnerships at Transparent Energy, applies his 30+-years-experience in the energy, utilities, and renewables fields to grow the company’s capabilities and opportunities in the rapidly growing clean-energy space. Prior to joining Transparent Energy, David was President at renewable generator and energy-storage developer GlidePath Power Solutions, where he led operations, maintenance, and asset management of the firm’s 400 MW portfolio of wind, solar and energy-storage projects. Since the early 2000s, he has held executive leadership roles in sales, marketing, risk management and operations at a who’s who of national energy companies, including Engie Resources, Direct Energy, Exelon Energy, and ComEd. David can be reached at dbraun@transparentedge.com.